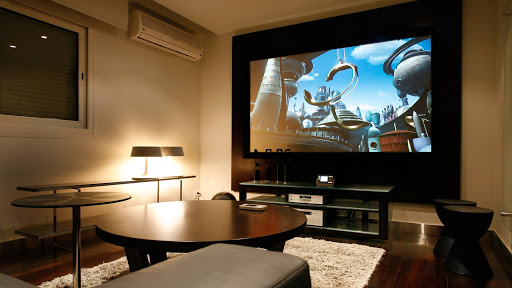 There are several video game systems on the market, but if you are looking for a game system that also can be utilized for home theater setup entertainment, then the best choice has to be the Xbox game console. Very often, it is the case that children will want to play games during the daytime on holidays and before bed during the week, whereas parents will want to watch films at night before going to bed. Therefore, the two age groups need not clash often with their use of the home theater projector

Therefore, if you can get a device that fulfills both the roles of playing games and playing films, you can save some money. The Xbox game system fulfills this role, because the Xbox is one of the new generation of video game boxes that can also play films on DVD or whatever disk format.

The Xbox is actually a very hi-tech piece of equipment, something that non-game players might not have known. It meshes easily with a home theater setup because it has wide screen video capability, HDTV screen resolutions and Dolby Digital and DTS sound support, making it a perfect home theater system component.

The Xbox is also a good looking piece of equipment, which will match any existing black home theater setup equipment you may already have. It does not look like just a plastic toy. It was invented by Microsoft and has a powerful, stylish look. The Xbox’s case is black with an X on it and a green Xbox logo similar to a jewel.

The Xbox is basically a cut-down computer as it has many components of a personal computer such as an Intel processor, NVidia graphic chips and an internal hard drive among others. PC’s are general purpose tools, whereas the Xbox is designed for playing DVD’s in more ways than one. In other words, it is a dedicated computer. It is dedicated to the task of playing DVD’s and it does it very well.

However, it also has four controller sockets in the front of the box for connections and it has an Ethernet socket for multi player games that permits other gamers on the Internet to take part in the game. The Xbox system includes as standard: the controllers with a 9 ft cable, a standard AV cable, and an AC power cord. It also comes with a DVD loading tray and a multi signal audio-video connector for easy connection to televisions and other home theater systems.

The Xbox will transform the way you think about games and how you play them, because it is so dedicated to making interactive games a reality and as exciting as possible. Games are written especially for it such as the Dead or Alive series and the Halo series too.

However, their are sports games to be had too such as football and Formula 1 motor car racing. The graphics, sound and overall reality are remarkable. Finally, for parents who are concerned about what their kids are watching, playing or doing, there are parental controls built into the Xbox.…